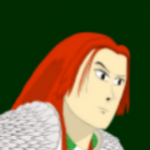 My name used to be DRAGUNOV30000 but changed it to Crescendospectredragon (or call me Crescendodragon for short, if you want). I am the third European representative of the Choro Q fandom, the others being Tigernose who founded the Choro Q Wiki and bigworldruler; I hail from the United Kingdom where Choro Q HG 3 was released in along with every country across both the islands and mainland of Europe.

About my CQ video gamesEdit

Road Trip Adventure is my favourite game, it is awesome until I sold it and I would have decided to re-order it but maybe some other time, then I got Gadget Racers and Choro Q HG 4. They are the greatest experienced games I've ever played in my life until I have sold them because I want more money to buy an Xbox 360, I have never bought Seek and Destroy in the last 5 years. In 2009 I have ordered Choro Q HG 3 and Seek and Destroy for my 15th birthday, they are really good cult classics. I missed the other two Choro Q games, they were dead good to play. This year, I have downloaded Road Trip Adventure on my PS3, my original character and avatar is a white and dark green Jaguar XJ200.

Myself in Real LifeEdit

I used to call my car Darren, but I do not recall what his car avatar is nor his colours. I should get this game again. My personal avatar for the Choro Q Wiki is a dark green and orange Jaguar XJ200, but now I got a new colour scheme for this when I replayed RTA on my PS3; the car is white and dark green.

My car avatar in Gadget RacersEdit

I called my car Dragunov, he used to be a black and purple Toyota Supra but I now turned him into a white McLaren F1.

My tank in Seek and DestroyEdit

I called my tank Crescendo, he is a Challenger with Angel Wings, SP Engine, laser, etc.

Retrieved from "https://choroq.fandom.com/wiki/User:Crescendospectredragon?oldid=42762"
Community content is available under CC-BY-SA unless otherwise noted.