The Nissan Skyline Coupe (V35), also sold as the Infiniti G35 Coupe in North America, is a midsized coupe featured in the Choro-Q series. It appeared in Choro-Q Works.

The Nissan Skyline (V35) was introduced in 2001 in sedan form; the coupe would go on sale in 2003. Unlike previous Skyline models, this generation did not use an inline-6 engine, turbocharger(s), and there was not a GT-R model offered (the Skyline and GT-R names were no longer related beginning with the V35, with the Skyline aimed at the luxury market while the GT-R is geared for performance). The V35 Skyline was sold in North America as the Infiniti G35. This page will focus mainly on the coupe version, since that is the bodystyle featured in the Choro-Q series.

Unlike the Skyline (V35) sedan, which offered three engines, the coupe was only available with the 3.5-liter VQ35DE V6 (shared with the Fairlady Z) which produced 276 hp and 267 lb/ft of torque (the coupe produced 8 more hp than sedan models with the same engine). Transmission options included a 6-speed manual or 5-speed automatic. Trim lines included 350GT and 350GT Premium models; Premium models came with leather/suede seats and offered features such as a navigation system and VDC. In late 2003, a limited edition "70th-II" package was offered on the 350GT Premium, celebrating 70 years of the Nissan Skyline, equipped with full leather seats and heated front seats.

In 2006, a "Stylish Silver Leather" package was offered on the 350GT Premium, equipped with silver full leather interior. 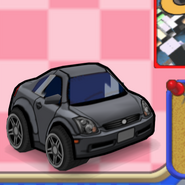 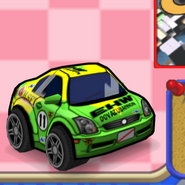 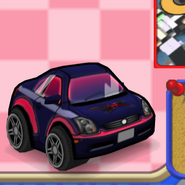 Retrieved from "https://choroq.fandom.com/wiki/Nissan_Skyline_Coupe_(V35)?oldid=60000"
Community content is available under CC-BY-SA unless otherwise noted.